PEI Focus Advisors are individuals who, believing in the mission and purpose of PEI, are volunteering their expertise in leadership, education, research and collaborative projects to further the goals of PEI. 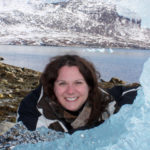 She has spent 4 seasons in Antarctica, 3 in the McMurdo Dry Valleys and 1 on the peninsula. Jenny was very involved in the planning of the International Polar Year (IPY) and through this co-founded and subsequently became the Founding Director of the Association of Polar Early Career Scientists (APECS) which grew to over 3500 members from 76 countries during her leadership. One of her main objectives in developing APECS was to help young researchers combine their interests in interdisciplinary polar science with education and outreach and gain international leadership through professional development activities. In April 2012 she turned over the reigns of the early career group to become the Director of the Climate and the Cryosphere Project (CliC), sponsored by the World Climate Research Programme, the Scientific Committee on Antarctic Research and the International Arctic Science Committee. The CliC Project office is hosted by the Norwegian Polar Institute in Tromsø, Norway. She continues research in her spare time through an adjunct position at the International Arctic Research Center (IARC) at the University of Alaska – Fairbanks. One of Jenny’s personal goals is to make sure everyone she meets knows that polar bears don’t eat penguins – as they live at different Poles. 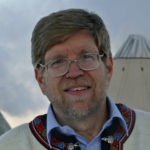 Dr. David Carlson directed the International Programme Office for the International Polar Year 2007-2008.  IPY, with more than 50,000 participants from 60 nations, stimulated a wide range of geophysical, biological and social science research at a critical time for polar regions. Read More

Dr. Carlson has devoted more than 15 years to international science, starting from the very large Tropical Ocean Global Atmosphere programme in 1992 and 1993 and continuing through nearly a decade of complex programmes focused on weather, atmospheric chemistry, and climate as Director of Atmospheric Technology for the US National Center for Atmospheric Research.  Dr. Carlson holds a PhD in Oceanography and led successful research on upper ocean physics and chemistry, oceanic microbiology and carbon cycling, and marine chemical ecology at Oregon State University.  Dr. Carlson now serves as Chief Editor for Earth System Science Data, a journal he founded with Han Pfeiffenberger. 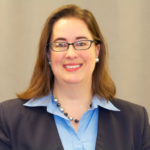 Joanna Hubbard is a middle school science teacher in Anchorage, Alaska, USA. She earned her A.B. at Dartmouth College in New Hampshire and her M.S. at Montana State University at Bozeman in Montana. Her primary interests in the classroom include multi-disciplinary projects and engaging her students in critical analysis & investigations to answer their own questions. Read More

She is the 2011 Alaskan Presidential Awardee for Excellence in Science Teaching.Her two outreach educator forays to Antarctica, in 2000 to Palmer Station with a US scientific team examining chemical defenses of marine invertebrates & algae, and in 2007 to McMurdo Station with the multinational ANDRILL team examining climate history through near-shore sediment drill cores, have given her a keen awareness of the importance of involving educators in real world science. Joanna is also an advocate for the importance of quality science education in local, state, national and international forums and is a talented group facilitator with deep experience in developing strategic plans. She is a founding member of Polar Educators International and served on the initial steering committee. Joanna enjoys serving on the faculty of the Smithsonian Institute’s National Science Resource Center Strategic Planning Institutes and is a co-chair of the Alaska Science Teacher’s Association STEM Working Group. A keen traveller & birder with over 3000 world birds, Joanna has not only been to all 7 continents, but has been to sewage treatment facilities on all 7! 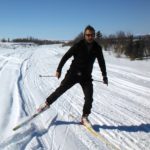 When Thomas Lane isn’t skiing he teaches high school earth science, botany, forensics and anatomy and physiology at Bellows Free Academy in Fairfax, Vermont.  Originally from Chugiak, Alaska, he received an undergraduate degree in General Science from the University of Alaska-Fairbanks and a Masters in Special Education from the University of Vermont.  Read More

Thomas helped start Polar Educator’s International at IPY2012 and served on the steering committee.  He feels the ability to communicate science clearly and consistently around the world is crucial to the health of our planet. 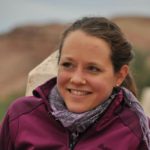 Inga finished her PhD in 2011 at the University of Munich and her thesis is embedded in the ArcticNet program. She studied to which extent it is feasible to detect changes in the state of permafrost by means of remote sensing techniques. The study was done within a strong collaboration with researchers from INRS (Quebec; Canada) and the Laval University (Quebec). Read More

After she worked for a year at the Alfred-Wegener Institute for polar and marine research in Potsdam, Germany as the Executive Director of the International permafrost Association she is now trying to focus her work on the education and outreach of polar sciences.

Janet Warburton has had a passion for the polar regions for most of her life. Living in Alaska for over 30 years has continued to fuel that passion and her quest to have others learn about the polar regions. She comes from a background of both science and education. She started her career out as a marine mammalogist studying walrus and polar bears which took her all over the Arctic. Read More

Working with subsistence hunters in Alaska,she enjoyed working with the public and especially students. This started her shift from scientist to science educator and she began developing science curriculum, science camps for students, and professional development programs for educators. Janet Warburton currently works for the Arctic Research Consortium of the United States, a non-profit in Fairbanks, Alaska. Her primary focus as Project Manager is education related projects such as PolarTREC – Teachers and Researchers Exploring and Collaborating, a program that places K-12 educators with researchers in the polar regions for research experiences. Janet is proud to be a supporter of Polar Educators International. 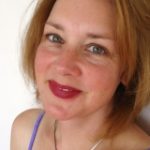 Sophie Weeks is an experienced Museum and Gallery Educator based in Cambridge, UK, trained in both the arts & sciences. Sophie attended IPY 2012, Montreal, and helped found PEI. At SPRI, she developed and managed the education programme at the Scott Polar Research Institute (University of Cambridge) 2011-2012, Read More

creating the Cool Club, a chance for children to meet and learn about the work of polar scientists (at SPRI & BAS) and developing opportunities for critical thinking inspired by polar research e.g. Polar Philosophy for Children. 2012-13 she spent 16 months in Australia, working at the Powerhouse Museum, Sydney and the Manly Environment Council.