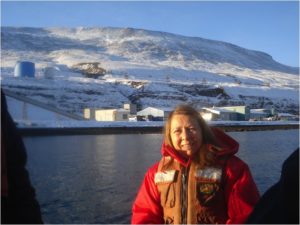 Maria Pia Casarini (Italy) Maria has two degrees from Milan Cattolica University (Modern Languages and Italian Letters); M.Phil. in Polar Studies, Cambridge University, UK. Carried on research in Polar History at the Scott Polar Research Institute, Cambridge and has 10 field trips (8 to the Arctic, 2 to the Antarctic). Participated in the Winter Weddell Sea Project 1986, the first wintering scientific programme of a ship in the Antarctic, to write a commissioned book for the Alfred Wegener Institute (AWI), Bremerhaven (Unternehmen Polarstern, 1987, Econ Verlag). Lectured on ships (Northwest Passage and North Pole). 2011-2016 Director of the Zavatti Polar Institute, Fermo, Italy. Lectured at the Genoa Polar Summer School, 2012. Participant at the Arctic Table of the Italian Foreign Ministry.Member of the Society of Woman Geographers, USA, currently on its Board; Fellow of the Royal Geographical Society, London, and member of the James Caird Society. Many publications on polar history. Interviews given to radio and TV programmes. 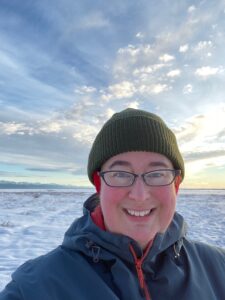 Joanna Hubbard (USA) is a middle school science teacher in Anchorage, Alaska, USA; she has taught both 7th and 8th grades at three different middle schools and supported K-12 science education in one of the most diverse school districts in the US. She earned her A.B. at Dartmouth College in New Hampshire and her M.S. at Montana State University at Bozeman in Montana. Her primary interests in the classroom include multi-disciplinary projects and engaging her students in critical analysis & investigations to answer their own questions. Joanna was honored to serve as an Albert Einstein Distinguished Educator Congressional Fellow in 2015-16 in the House office of Representative Mike Honda (CA17). She was the 2011 Alaskan Presidential Awardee for Excellence in Science Teaching. Her two outreach educator forays to Antarctica, in 2000 to Palmer Station with a US scientific team examining chemical defenses of marine invertebrates & algae, and in 2007 to McMurdo Station with the multinational ANDRILL team examining climate history through near-shore sediment drill cores, have given her a keen awareness of the importance of involving educators in real world science. Joanna is also an advocate for the importance of quality science education in local, state, national and international forums and is a talented group facilitator with deep experience in developing strategic plans. She is a founding member of Polar Educators International and served on the initial steering committee. A keen traveller & birder with over 3000 world birds, Joanna has not only been to all 7 continents, but has been to sewage treatment facilities on all 7! 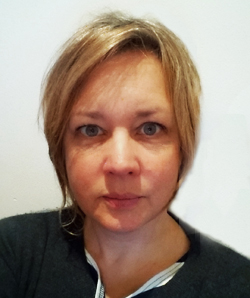 Sophie Weeks (UK) Sophie Weeks is a science communicator based in Cambridge, UK.  Having originally trained in both science and art she enjoyed a twenty year career in Museum and Gallery Education working for the British Library. London Borough of Camden and several University of Cambridge museums. Her passion for the polar regions grew while developing and managing the education and outreach programmes at the Scott Polar Research Institute (SPRI), engaging a wide range of audiences through the Polar Museum and working directly with polar researchers. She participated in IPY2012 Montreal and co-ordinated the PEI 2019 conference in Cambridge, working with colleagues from PEI, SPRI and British Antarctic Survey.  She is a member of her local Makerspace and an advocate for Making and constructionist learning. Her passion for engaging people in research and ideas has driven her to produce the Art and Science Soiree, a vehicle for encouraging collaboration between creative thinkers in both the arts and science. 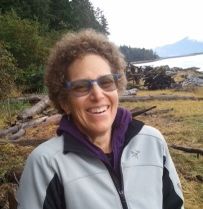 Susy Ellison (USA) has been teaching about our planet, in one form or another, for over 30 years as both classroom teacher and environmental educator. Her teaching career has focused on infusing environmental literacy throughout her curriculum to create students of all ages who understand and take responsibility for their impacts on the planet and feel empowered to become agents of positive environmental change. She retired from full-time classroom teaching at the end of the 2013/14 school year, and is now try to use some of her new ‘free time’ to focus on what really matters—climate change/polar education and carbon literacy. 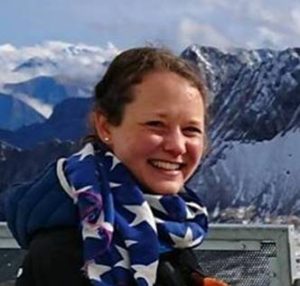 Inga Beck (Germany) studied physical Geography at the University of Munich and did her PhD about permafrost in Northern Quebec, Canada. Afterwards she was employed by the Alfred-Wegener Institute for polar and marine research as executive director for the international permafrost association. In the following she was involved in different Post-Doc projects with studies in the Arctic regions. She now works at the environmental research station Schneefernerhaus – Germany’s highest research station at 2650 m. At the station Inga is also running a laboratory for children with different experiments related to snow, ice and climate change. Besides her studies Inga got a certificate in environmental education and she is frequently performing events for classes or teachers about climate change and environment. Since her PhD (starting in 2008) she was an active APECS member and from 2010 – 2012 member of the APECS Council. Later she was also involved in PEI activities.