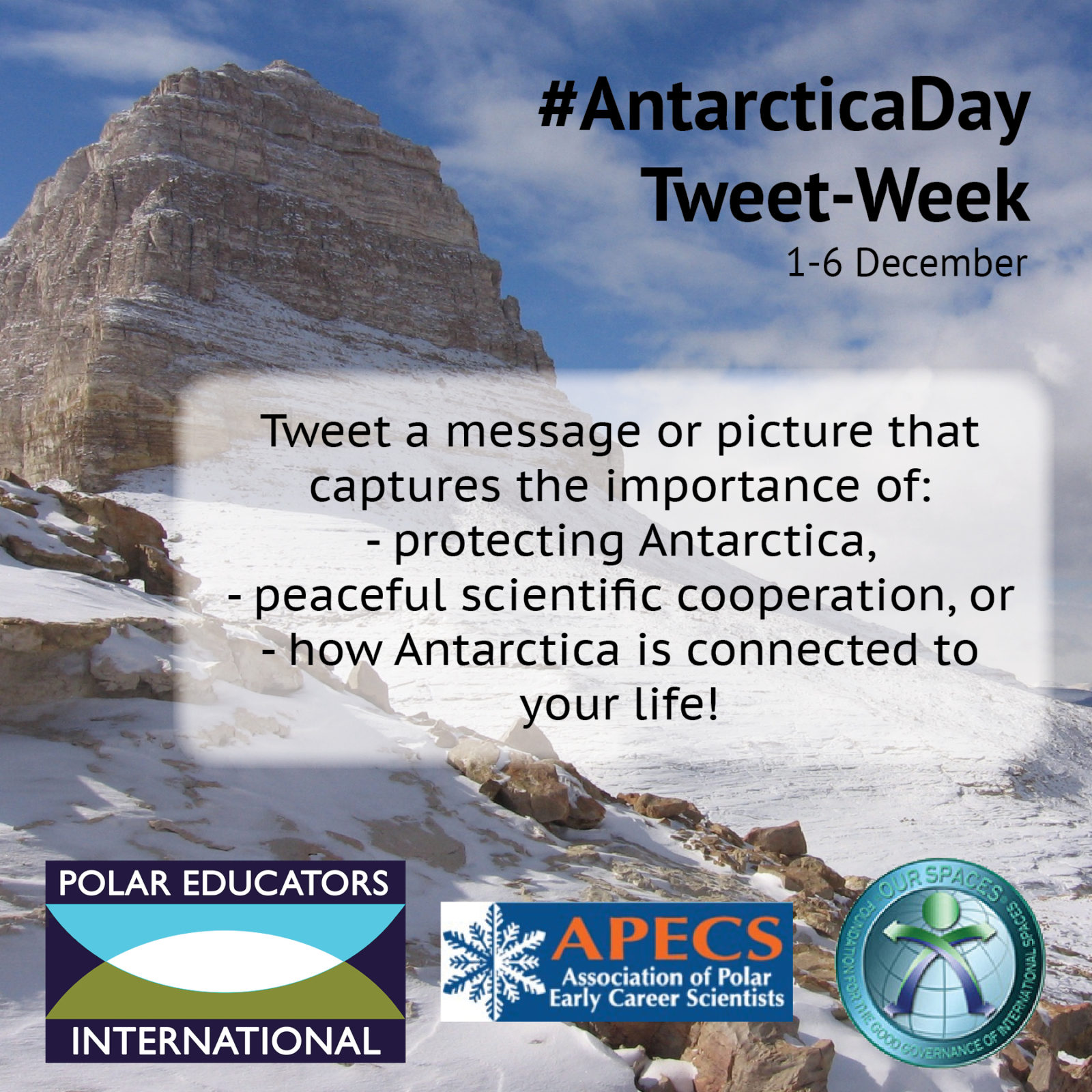 1-6 December 2013 PEI and other partner organizations (and members participated in the first annual #AntarcticaDay Tweet Week. The activity was one of many in support of the international celebration of the Antarctic Treaty established on 1 December 1959.

PEI members and others made a great show of support for the event by tweeting facts, inspiration, and images regarding Antarctica. 70 people composed tweets individually or on behalf of an organization, as well as 26 organization specific tweets. Fourteen countries participated in tweeting. Here are the stats:

See our Impact Flier and Storify to learn more about who participated and folks to follow on Twitter! Learn more about Antarctica Day through Our Spaces and tune in next year, 1 December 2014 for #AntarcticaDay!

A special thanks to council member Susan Tate for taking charge of this project and bringing such great results!

Join PEI in celebrating Antarctica Day (December 1st) in recognition of the day when the Antarctic Treaty was signed in 1959. After almost fifty-four years, the Antarctic Treaty continues to shine as a rare beacon of international cooperation. The treaty, currently with 50 signatory nations, sets aside Antarctica as a scientific preserve, establishes freedom of scientific investigation and bans military activity on that continent. The Antarctic Treaty was the first nuclear arms control agreement and recognizes that it is in the interest of all mankind that Antarctica shall continue forever to be used exclusively for peaceful purposes.