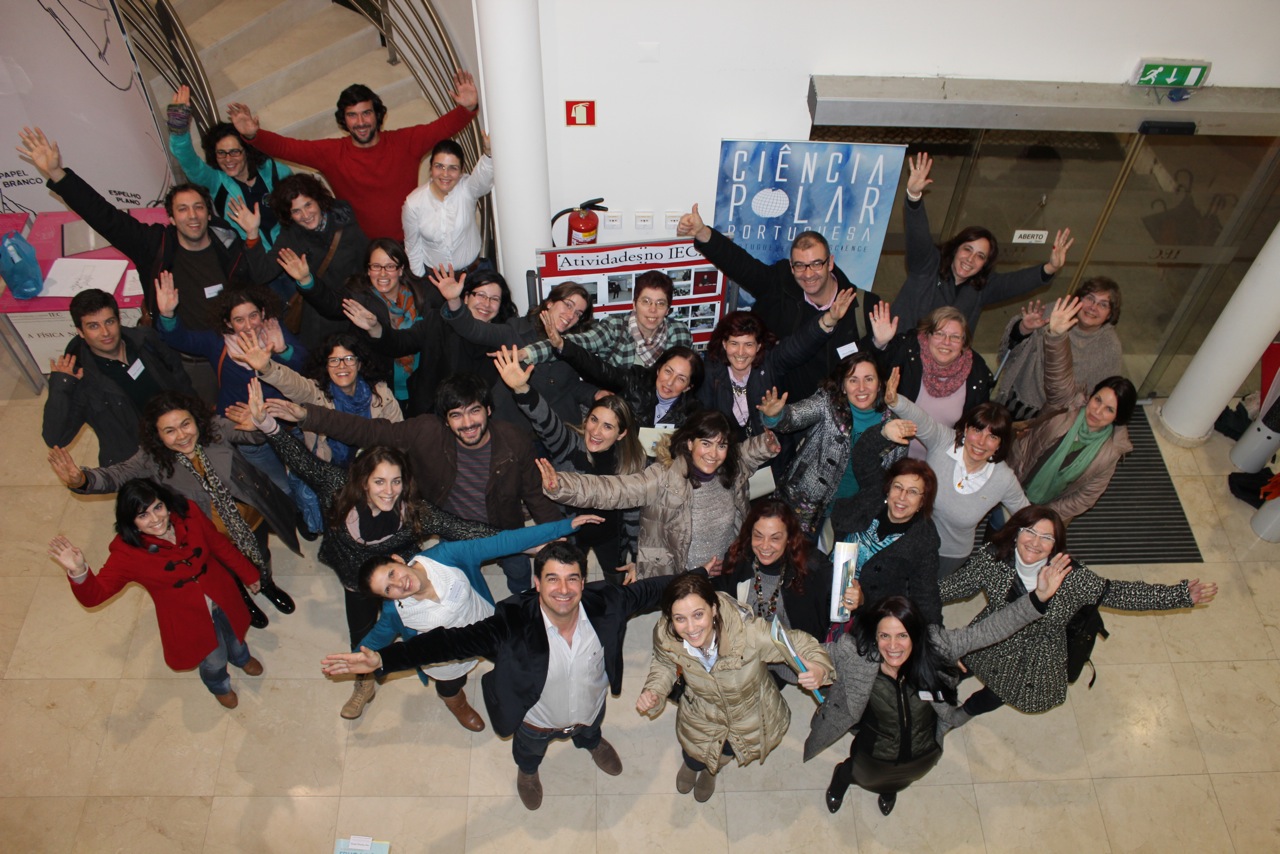 “Bring Polar Science to the Classroom!” This topic engaged teachers and educators on March 1st, 2014 in Mamarrosa, Portugal at the National Science & Education Workshop organized by IMAR-CMA (University of Coimbra) and Citizenship and Education Institute.

This workshop followed up on the 2013 International Workshop held in Coimbra. The Coimbra workshop provided basics of polar science to teachers and educators through lectures from young polar scientists. Polar educational projects and initiatives in Portugal and abroad were presented, including the work of Polar Educators International.

The discussion and networking continued during the 2014 workshop. Examples of activities teachers and educators can easily do in their schools and venues were presented. Collaboration between teachers/educators and the Portuguese polar science community was highlighted.

By the end of the day, two main ideas emerged. First of all, taking scientists to the classroom and bringing the students to their laboratories effectively increases the interest of the younger generations in the scientific fields. Secondly, the introduction of scientific work to the classroom greatly enhances the critical thinking in both the students and the school community.

The workshop was intense, fruitful and well received.