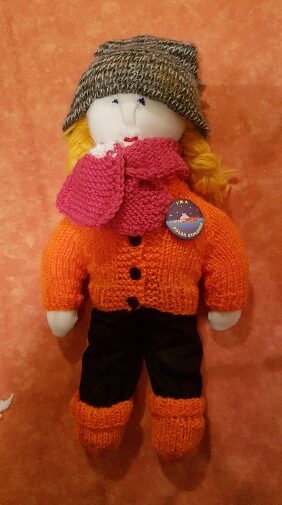 At the Cambridge Workshop in April 2019, I saw Alison Lester‘s book from 2012, which she wrote after going on a six-week trip with the ship Aurora Australis to the Antarctic to bring supplies and scientists to the Mawson Station. The book is about 9-year-old girl, Sophie, who is allowed to go with her father, who is the captain of a ship, which is going to the Antarctic on a similar journey as Alison‘s journey.

I bought the book at the shop where the Workshop in Cambridge was held, Scott Polar Research Institute and got the idea that I could use it in some eTwinning project to capture students’ interest of this part of the world and further teach them about life and work that is going in the Antarctic. 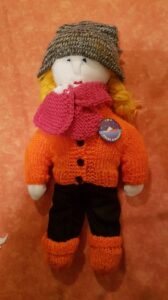 I put a query and discription of my idea on the eTwinning website and described how I planned to work at the project and got answers from teachers in Turkey, Romania and Spain who were interested in working on the project with me.

My idea was to tell the children the story (storytelling) and show them pictures from the book and let them draw pictures afterwards about the story I told them and whatever captured their minds. This was to be a simple and small project that would be easy to work at with children, aged 5 to 8 years, in kindergarten and elementary schools. Teachers used different methods to tell the story. I used story sacks  and I made some of the things myself for the sack (e.g. penguin, whale, Sophie, seal etc.) some teachers used stones that they painted some pictures on, etc. 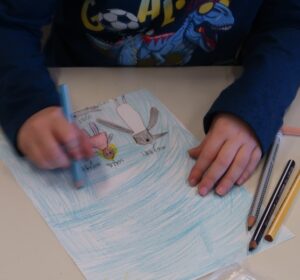 hor’s Bio: Kolbrún Svala Hjaltadóttir is a retired teacher and PEI Member from Reykjavik, Iceland. She works as an ambassador for NSS  and eTwinning which offers a platform for staff working in schools in European countries. She assists teachers to communicate, collaborate, develop projects, share and be part of the exciting learning community in Europe. 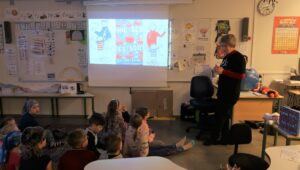